Ryszard Szurkowski is dead. The most titled Polish cyclist died at the age of 75

Ryszard Szurkowski, the most decorated Polish cyclist in history, died at the age of 75. His wife, Iwona Arkuszewska-Szurkowska, informed the Polish Press Agency about his death.

Ryszard Szurkowski on June 10, 2018, had an accident during the veterans race in Cologne, Germany. For many it was an open secret. Colleagues from the peloton, friends, doctors and journalists maintained solidarity, not informing the public about the drama, which was asked by the family and Szurkowski himself. However, he changed his mind after the Eurosport commentator Krzysztof Wyrzykowski, whom he had known for 45 years, visited the hospital in Konstancin.

"It was a few kilometers before the finish line. Wide street and amazing pace. About 40 km / h. We were approaching the island. Most of the riders were on the right, but the two ahead of me probably wanted to avoid the islet on the left. They got stuck with the steering wheels and in a fraction of the way. both of them were lying. Crash. Nothing special, but I had no chance. I kicked over the steering wheel, hitting the asphalt with my face. First, two cyclists bumped into me, and then a dozen or so, maybe even several dozen. I heard the clink of bicycles, a scream and an ambulance signal "- he said Szurkowski about the accident of Wyrzykowski, who later quoted him in an article on the website of "Rzeczpospolita".

The 1973 world champion had a spinal cord injury and a quadriplegia. In addition, a damaged skull, a broken jaw in several places, a deformed nose, a crushed lip.

At first he was treated in Germany, then he continued his rehabilitation in Konstancin.

The amazing career of Ryszard Szurkowski 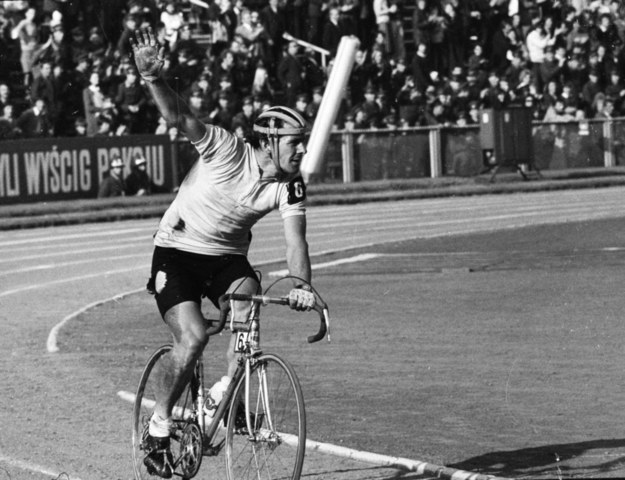 Ryszard Szurkowski is the best Polish cyclist in history, world champion from 1973, two-time Olympic silver medalist and four-time winner of the Peace Race.

He was born on January 12, 1946 in Świebodów in Lower Silesia. He achieved his first success in the spring of 1968, when he won the Polish cross-country championship as an unknown competitor. A few months later he was second in the mountaineering championship and fourth in the road championship, and the following season he was called up to the national team and made his debut in the world's largest amateur event - the Peace Race, taking second place.

In the chronicles of Polish cycling a special place is occupied by the 1970 Peace Race , marked by the unprecedented domination of one team. The peloton was ruled by the charges of coach Henryk Łasak, who won as they wanted. They triumphed as a team with a huge advantage, and individually the best was Szurkowski.

The best professional groups were interested in it, incl. Belgian Molteni, in which the famous Eddy Merckx performed, but at that time cyclists from the socialist bloc did not have the opportunity to turn pro.

After the end of his career, Szurkowski successfully led the national team (1984-1988). In 1985 his protégé Lech Piasecki won the Peace Race and became the world champion, and three years later, at the Olympic Games in Seoul, Poles won silver in the team race.

Szurkowski was the founder of the first Polish cycling professional group Exbud (1988-89), the director of the Polish part of the Peace Race, and the president of the Polish Cycling Federation (2010-2011).